Things get much worse as tumours spread fast 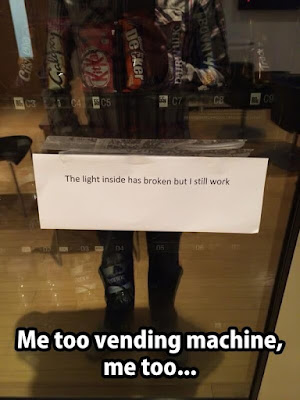 We don't know how or why, if there is a how or a why, but Amanda's cancer has woken up and is on the move, double-time. Things have become much worse in the time since the last update.

At that point, the docs had found a couple of spots on her ribs that were causing her pain. They zapped it with radiation to give her some relief.

Since then, things have progressed quickly.

Just after the hospital stay when they were trying to get Amanda's pain under control, docs found more bone metastases in her sacrum (large, triangular bone at the base of the spine) and iliac crest (the big wing-like bone on the pelvis where they harvest bone marrow). More radiation. This time, the radiation hasn't knocked the pain down.
Then she had headaches. They looked and found a tumour in her skull. You can now feel it from the outside -- it feels like she was hit by a baseball. She'll be going in every day this week for a series of radiation treatments. The tumour is about 2cm inside her skull, not pressing on the brain but touching the dura.

They looked more and found tumours in her spine.

They looked more and found a tumour ... in her liver.

She also began to swell up like a water balloon. Her ankles were bigger than when she was at the peak of pregnancy. Her blood numbers showed something was very wrong. She was vomiting for no apparent reason, unable to exert herself without throwing up.

Her kidney was failing. Not kidneys, just one kidney -- the other was decommissioned some time ago and was taken out a few months ago during the debulking surgery. Without a working kidney, that was it, game over.

The going theory was that more cancer (or maybe scar tissue) in her abdomen was strangling her ureter and causing urine to back up and poison the kidney. Last weekend they installed a nephrostomy tube. That pokes through her back, right into the kidney structure and drains to an external bag. Now she has two bags on her at all times.

Still, the swelling hasn't gone down. If anything, it's worse. The skin on her ankles is so stretched that it's breaking down, causing blisters that are weeping into puddles and threatening to become infected at any time. Nurses now come once a day to change dressings. At last word, the kidney warning numbers had fallen just a few points and were still not good.

Amanda is barely able to get around. With the swelling and restricted movement, she's virtually run out of places she can sit. She's fallen outside more than once.

As you can probably imagine, she's miserable.

We're all scared, exhausted, and sad. Not just her and me, but the extended family, too. Gordon is mostly spared -- with the help of family, he didn't even know Amanda was in hospital last weekend. But he can't help but see what's going on.

The doctors are trying to keep Amanda as comfortable as possible, but even with a Fentanyl patch and a steady stream of oral painkillers, she's in agony whenever she tries to move. She's prone to nodding off into a deep sleep and is hard to wake up. I keep finding her in bed in the middle of the night with her computer on her lap, just conked right out. Alarms are nearly pointless -- she doesn't hear them.

Usually I'm able to temper the bad news with some good news. There's no good news this time. There's occasional distraction from the bad news. Three of Amanda's closest friends from Halifax came to visit on the weekend and brought laughs, food, adult beverages and donairs. They also helped bring part of Amanda's vision for her garden to life through their hard work. Amanda wanted this to be the summer she finished her garden -- but she can't even take the hose around the yard and spray the plants without being driven to vomiting.

At every stage of this journey, people have asked, is there anything we can do to help? I'm always reluctant to ask for anything, but at this time, I'm wondering if anyone nearby in our circles has expertise in the following:

I'm sorry it's taken so long to get this update out. There's historically been an inverse relationship between how much is going on in your life and how much you update your online accounts (Barger's Law), and things have been coming on so fast and so hard lately.

All the best to you, wherever you are.