Let's cut right to it.

Amanda's cancer has spread to her bones. She's begun radiation treatment and the palliative care team is trying to control her pain.

Now, that sounds pretty scary. And it is. 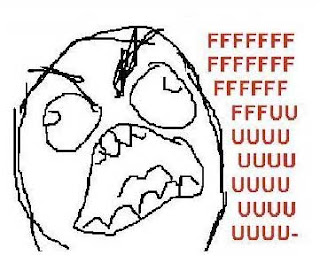 Just a few weeks after being released from hospital to go home and heal, Amanda started getting bad pain in her shoulder. That soon moved to her ribs.

She went to see Dr. Sugimoto for a follow-up visit intended to assess her wound healing and how her colostomy was performing, but when she told him about her rib pain, he sent her to the emergency room immediately to rule out a pulmonary embolism.

After hours of testing and waiting, Dr. Sugimoto and the ER doc came in. It wasn't an embolism. It was late in the evening, and Dr. S had already been home, so we knew it wasn't good news.

He said the CT scans that day had picked up lytic lesions on her ribs. This required more investigation, considering her existing cancer history.

Before the results came in, Amanda's pain worsened to the point she had to go to the ER again.

In walks a radiation oncologist with the news: the bone scan confirms Amanda's ovarian cancer has metastasized to her ribs in two places, and one of the tumors was swelling the bone from the inside out.

This ... is ... unusual. Ovarian cancer rarely spreads to the bones. And when it does, it usually involves the kidneys and/or liver, too.

Amanda was readmitted to hospital immediately to handle the "pain crisis" and begin radiation treatment. Not to nuke the cancer, they said, but to help relieve the pain.

After one dose of radiation, a bunch of steroids, and intervention by the palliative care team, it's been nearly a week and the pain is not yet handled. They've tried rising doses of opioids and now a Fentanyl patch, and although she's gotten pretty stoney, she's still in agony when she moves even a little.

I mean, how many times have I written here about new lows? How many disappointments? How many times has the unlikely become reality? How many hopeful turnarounds have been piledriven into the mud by an unforeseen and terrifying new development?

The docs all say Amanda's lifespan is not expected to be impacted by the new tumors in her ribs. But at this point, she can't do a darned thing. She can't take a full breath because it hurts so much, so her lungs are partly full of fluid and somewhat collapsed. She can't move around the house because of the pain. She sure as hell can't garden and play and enjoy life right now.

I don't curse and swear on this blog because of publishing policy reasons, but ... oh, I want to. I want to cry and scream and yell. At who or what, I don't know. I know life isn't fair. I've known that for a long time. But even in an unfair universe, I don't expect THIS level of unfairness.

Can't we catch a break, for at least a little bit?

It's upsetting to Gordon, too, as he was assured that mommy was "all better" now and would be home. When she went to the hospital for appointments, he got upset that she wouldn't be coming back. We promised him she would. Now she's back in hospital, and we're taking her Mother's Day card to her at her bedside.

And I'm not even the one in hospital. If you know Amanda, please drop her a note. She has her phone and is reachable by Facebook, email and the usual channels.