The cancer's back, and the surgeon goes after it tomorrow

Amanda's tumours were mostly stable while on the aromatase inhibitors, but there was this one gob of disease that wouldn't stay put. For a while, we all thought it was the carcass of the abscess that was left after her hysterectomy. But it was actually a tumour.

It grew and grew, and it's grown to the point where it's causing her pain as it presses on neighbouring organs.

The latest MRI reveals that it's "invading" neighbouring organs, too. It's worse than we figured, but the docs say they can handle it. 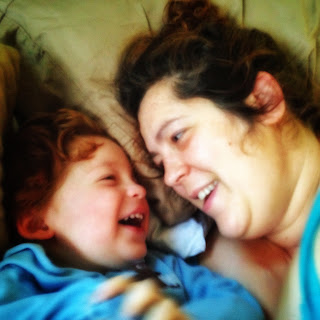 Our surgeon is simply excellent so far. Dr. Akira Sugimoto doesn't just have the chops in the OR -- he's one of the most empathetic and caring medical professionals we've ever encountered. We're confident in his skills, and just as importantly, he gives a damn SO hard.

The surgery ahead tomorrow at Victoria Hospital will aim to remove all the disease they can safely take out. They'll also take out one of her kidneys -- the one that gave up after a tumour strangled off her ureter.

They may very well end up resecting (cutting out and splicing) some bowel. She could end up with a colostomy.

She'll have another huge incision up her whole abdomen. Amanda will be in hospital for a week, with another six weeks of minimal activity at home before she's 50% healed. It's going to hurt a lot.

So, why's she so upbeat about this?

Me, I'm kind of scared. Last time she had one of these big debulking surgeries, her blood pressure dropped dangerously low in the OR and they had a hard time bringing it back up. I saw how much pain she was in. I saw the wound open and get infected. I saw so many needle pricks and uncomfortable nights. The whole thing was hard for me, and I wasn't even the one who was sliced. I've seen her go through so much agony and upset. I've had vicarious trauma, but I'm doing my damndest to be an oak, not a rock -- strong, sturdy, grounded, but able to bend.

We've also had to explain things to Gordon in the most appropriate way we can. He's two and a half years old, almost three, but very perceptive and sensitive. He knows mommy hasn't been feeling well. So we had to tell him that mommy has a sort of ball inside her that shouldn't be there. The doctors -- Gordon can now say "Doctor Sugimoto" and "Doctor Welsh" -- are going to do an operation and take it out. She's going to be in hospital and she's going to miss him a lot. 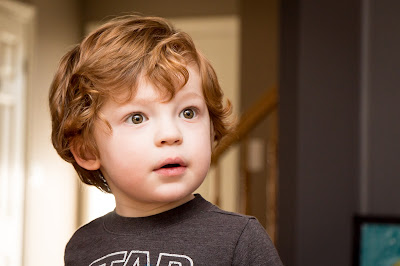 Friends and family have offered their love and support, and the folks where I work have also been excellent.

Gordon, man....what a kid. He went from being "behind" in his speech last year to now being "advanced" according to the speech therapist we visited. I'm so impressed at how smart he is, and how he loves to joke and make people laugh. And he's so, so sweet, kind and polite.

His latest kick is dancing to Macklemore's "Downtown" -- it's on repeat at our house.

So, that's the update. The cancer has rallied, but we're rallying, too, with a kick-ass medical team and some wonderful people watching our backs. As shitty as things are, we're in a good position to fight back.

Thanks to everyone who's been so kind to us through all this. We appreciate it more than we can say.