July 10, 2015
Man, this house. It's been a year now since we moved to our rancher in London, and it's been a never-ending series of calamities, puzzles, annoyances and expenses.

The story about the concrete steps that were poured last fall and proceeded to sink a foot will have to wait until another time -- we're laying the groundwork for a legal case against the contractor.

For now, let's stick with the frustrating but amusing story of the raccoons.

At the start of May, we took a shot at cleaning out the garage. We took it back to the walls.

The walls were filthy with animal smears. Footprints, body grease, and general gunk from years of having assorted wildlife come in through the unable-to-be-closed garage door.

Amanda wanted the walls torn down. I wanted to paint the walls. I liked having walls and was willing to do the painting, but not equipped nor motivated to tear down drywall, scoop out whatever was in there, and haul the debris somewhere. So, I painted. Looked great. I even vacuumed the floor. 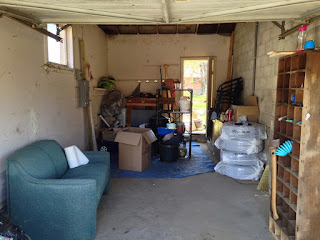 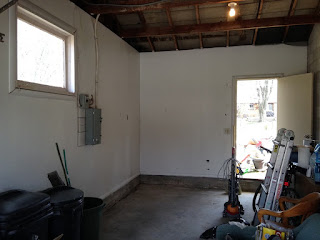 I used the most expensive Kilz primer to block stains and stink. Looked great. Until later that night, I heard some rustling in the walls. A chipmunk, I thought.

Then, soon after, I encountered momma raccoon, taunting me, growling, hiding in the walls. 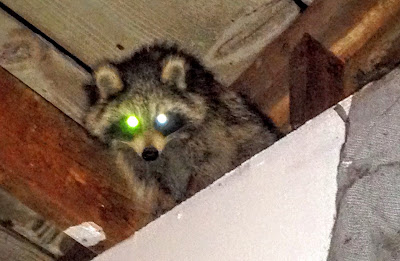 Of course, I didn't realize it was a momma raccoon until later. But soon we realized she had a baby or babies in the walls. Dammit.

Fast-forward two and a half months, after we tried blaring the radio, leaving the lights on, leaving stinky bags of kitty litter there, getting the front garage door replaced, trying to lock the mom out....

.... yeah, that didn't work. Mom raccoons are tenacious. This one chewed up the weatherstripping on the bottom of the brand new garage door. She didn't get in, but she did some damage.

Another weekend, we had her out, but she went to the roof and decided to try peeling our shingles off. 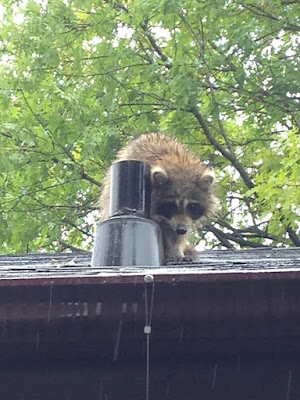 Enough. We got Bob from Bob's Wildlife Removal to come by. Take down the walls if you have to, Bob. Get these beasties out.

Bob chased the raccoon family into the soffits. No good. So, he laid a trap with an opened can of sardines. Days went by. No raccoon in the trap. Fed up, I put some cat food in there. Next morning, a pissed-off raccoon in a puddle of raccoon piss. Bob came by, took momma raccoon away, but couldn't find the babies. Told us to call him back when we could hear them making noise.

So, I did. He came by. Cut a couple of holes in the wall and pulled this guy out. 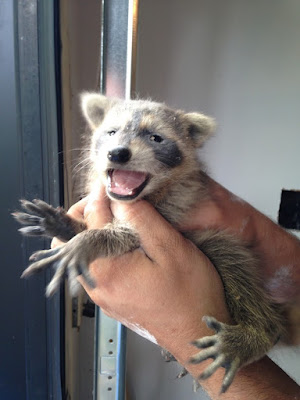 Awwww. Cute and squeaky. And GONE.

We're back to a raccoon-free garage. Now, if someone can point us to a cheap guy with a hazmat suit who can take out the walls, I'll consider it.

The latest cancer scan had positive but underwhelming news. The past several scans have showed her tumours shrinking. This time, they came back stable. The docs didn't promise the tumours would shrink at all on the hormone-blocker she's been taking for the past year, but they did. The hope was that the drug would stabilize the cancer, and that's the result we have now.

Still, we've gone from an A+ to an A result, which can feel like a step back. I'm still taking it as a win, though it has Amanda wondering how much longer the current therapy will be effective, and dreading the next level of treatment, which will undoubtedly have worse side effects than what she's on.

Among the side effects have been fatigue, joint pain and weight gain. It was already tough for her to get around, and then her knee went all out of whack. Her kneecap began slipping out of place, with so much pain that the super-duper painkillers she was already on weren't even helping. So far, no easy solution to this, and she's hobbling around in agony all the time.

Amanda still struggles with the fact that she's still alive, but living a painfully deteriorated life:


So it's been a year since my life changed (again) and got completely turned upside down (again)... or maybe it was right side up? Last summer wasn't my last summer. This one could be, but I don't think so. I still don't have a grip on the reality of this news (it's amazing how the psychological damage of only 5 months of believing in and planning for your imminent death cannot be undone in 1 year) nor do I feel that I have really figured out how to "live" with this yet, but I'm trying. I still harbour enormous and intense anger toward the hospital and doctors whose series of mistakes and oversight led to me being given very wrong information about my health, which in turn led to me making huge life changing decisions, not to mention the psychological damage noted above. I'm having conversations with Gordon now (not deep ones, yet) and I'm halfway to my goal (i.e. 2 more years) of walking my little boy to his first day of kindergarten.

Even with the pain, Amanda has been working as hard as she can to finish the gardens around our property. She's built some gorgeous stretches of land out of what was originally a wall of neglected shrubbery. I hope we can share before-and-after pictures soon.

Hey, how about little Gordon?

He's getting bigger all the time, and is talking a lot. Seriously, in a matter of months, he went from being 'delayed' in his speech to hitting speech milestones well beyond his age. It just blew up, as we hoped it would. 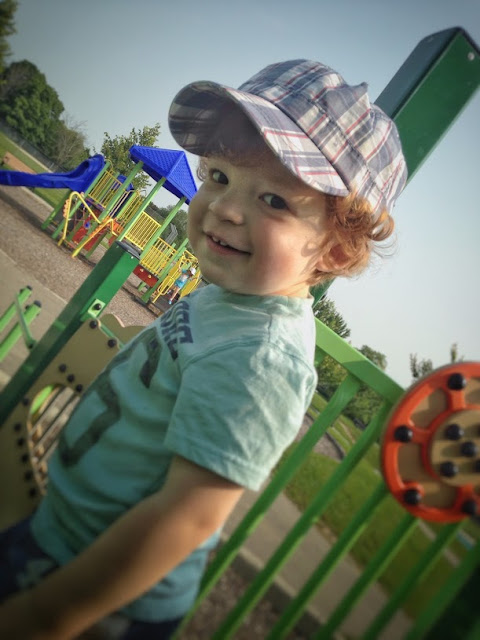 Gordon continues to be a joyful, sensitive, bright and perfectly hilarious little boy. I'm totally digging being his daddy. 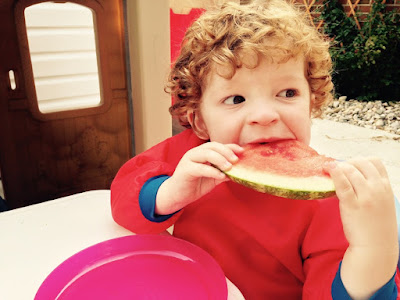 We continue to be blessed that he sleeps well, eats just about anything we feed him, loves to play, and has only limited outbursts of fury and crying. He's a great kid. 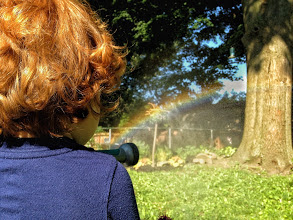 Oh, one last thing -- I took Amanda to see Rush, along with friends Sandra and Byron. Great show! From what I've heard, this will be the band's last big tour, and I'm glad we could make it.