Not our best week, but even the bad can be worse

I got a cold and gave it to everyone except Amanda, somehow. Gordon got it and was snotty and ran a fever. Then his eye started to swell up. Amanda took him to the doctor, who thought it was pinkeye and prescribed ointment. Next morning, this: 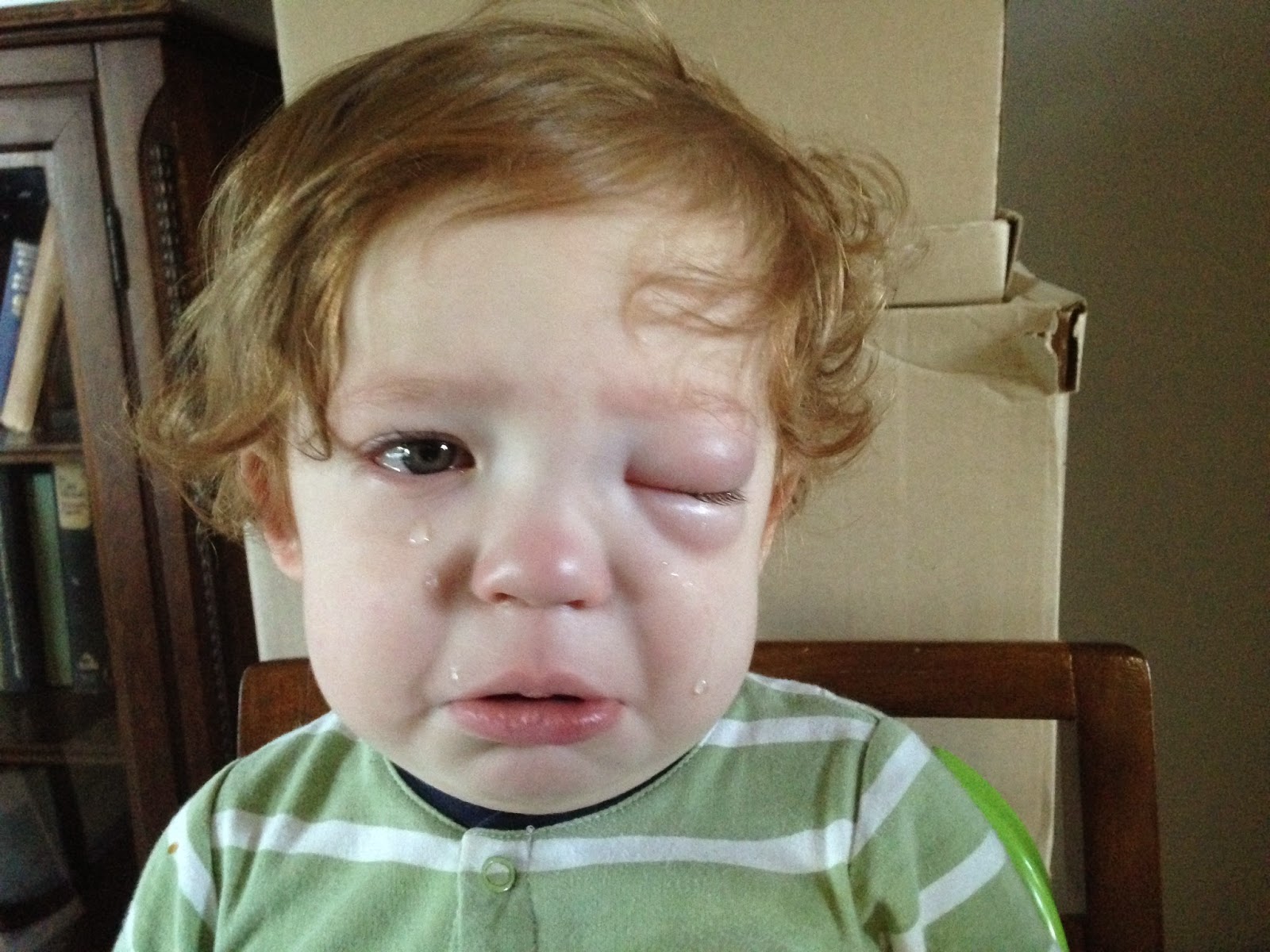 OMG! Poor little guy! Off to the emergency room, where doctors figured out it was actually some sort of cellulitis, a serious medical situation that could spread to his brain or his eyeball. They put him on IV antibiotics after several pokes. A second trip to the ER today for more IVs. I hope he'll be okay! This is the first time he's really been sick and it's heartbreaking.

My last update here mentioned Amanda getting a ureteral stent. She thought it was good for a year, but they called her in for an appointment today to replace it already. The first procedure was the most painful thing she's been through in the whole cancer ordeal, and now she has to do it again. My poor dear!

Me, I've been sick on and off for weeks now. It's in my lungs and throat and ears and hasn't really budged. Meantime, I've been at it like crazy at work, as we begin the most important radio listening period of the year, fall ratings, as of Tuesday, and I've been working on some major changes to the station. I won't whine about it, 'cuz years in radio have taught me that whining about radio is kind of stupid because it's an excellent business that we're all delighted to be in, but man, I've been busy.

Latest on Amanda's overall health is that we followed the London cancer doc's advice and she's now taking a hormone blocker. I don't remember the name of it. The only side effect she's noticing so far is extreme fatigue, lack of get-up-and-go, and general goddamn-this-is-exhausting. She wants to do stuff, but between Gordon being a handful and having an energy meter that now goes into negative digits, she's finding life to be more challenging than she can stomach. I feel badly for her, because I want her to be able to enjoy our little boy and the new house and the big backyard with its enormous mature trees and expansive unexploited garden area -- but every little thing is a drain on her. Sucks. We're standing by to see what the next step might be in terms of a clinical trial in London.

I'd love for all of us, all three of us, to just go to bed tonight and get two straight days of sleep. Colleagues have told me that my idea of getting some red wine and over-the-counter sleep aids and doling them out this evening to ensure we rest soundly until Sunday afternoon is a bad and potentially fatal idea. Fair point. I will try to find some other way for us to get some rest.

Amanda's going to read this and wonder why I didn't mention the air conditioner failing us on the hottest day of the year despite being just a few weeks old, the newly-discovered foundation issues that put water in the furnace room floor, the dehumidifier that leaked on the office floor, the chipmunk that's taken up residence in our garage, the .... yeah, y'know, I could write a blog all about the seemingly non-stop WTF events that keep happening in our lives, but those things will come and go. Right now I'm going to go home and hug my little puffy-eyed baby boy and my you-stuck-a-metal-tube-up-her-WHAT-now?! wife. As long as I can help make their lives better and get a little rest for myself, those other things can take a back seat.

Have a peaceful weekend.