Tired but not sleeping

February 10, 2012
I've felt a little tired and blah this week, but not as tired as I appeared on TV.

I regularly end up standing behind politicians on TV, especially during scrums after the weekly provincial Cabinet meetings. This week, I was on CTV News for a good long stretch. (You can see it around the 3:22 mark of this video.) 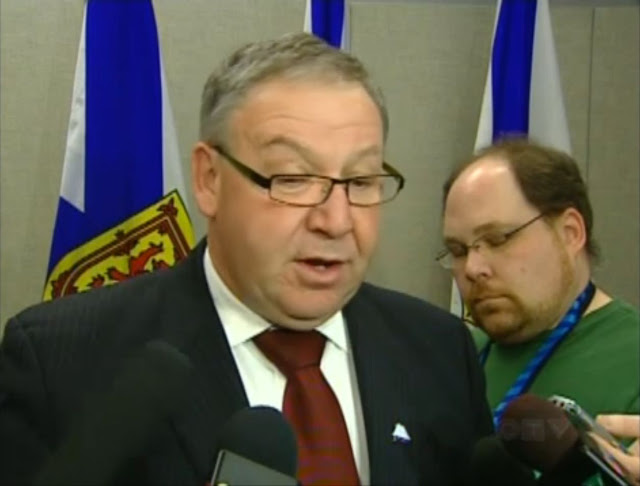 I had a visible reaction when Premier Darrell Dexter said he wanted the Amalgamated Transit Union and Metro Transit to get back to the "negotiating trable" to settle the current strike. Trable. Not table, but trable. I blinked. Usually I maintain a stern and flat scrum face, but I couldn't suppress a reaction this time.