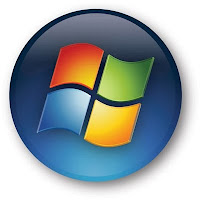 In the week before Christmas, I spotted a good deal at Newegg: three Windows Home Premium upgrades for $199, free shipping. Sounded fabulous, so I grabbed it. Paid for it by selling two old Power Rangers toys, still in original boxes, on Kijiji for $200. Made some guy very happy.

Job #1: The Stallion. This is the home studio PC, which is an aging amalgamation of computers from years gone by. Asus motherboard, some kind of Athlon CPU, ATI AIW 9800 Pro graphics, and other bibs and bobs. I went the extreme route with the upgrade and formatted C: when I installed it.

Upgrade went smoothly! Windows found most of my drivers by itself. Win7 does not support the TV tuner part of the graphics card, so the AIW is just a 9800 Pro now. No biggie, 'cuz I only ever used the input part of it a few times. My webcam doesn't work -- no biggie either, 'cuz I don't use it.

The Stallion upgrade gets, well, I'll say an 'A'.

More after the break...

Job #2: Bigass-Mobile. This is my Asus 1000HE netbook. I heard good things about Windows 7 on the 1000HE, so I thought this'd be a snap. And it was! Popped the install disc in an external drive and loaded 'er up. Easy breezy. Downloaded extra drivers and whatnot from the ASUS web site, but didn't seem to need them right away, as Windows Update took care of most of it.

Only grr I have so far is user-grr. When I use the netbook at work, I 'steal' internet from an unsecured router somewhere in the building. The signal is weak and sporadic. Under XP, I'd just right-click the network icon and hit Repair, and it'd cycle through and come back with a good connection. Under 7, damned if I can find it. And when I'm at work on battery, the trackpad seems to respond laggily -- the cursor doesn't track my fingers as nimbly. Unsure if the two are connected.

Bigass-Mobile Asus 1000HE Windows 7 upgrade gets an A.

This one kicked me in the balls. Amanda wanted to spend this day of our holidays watching TV all day. I thought it'd be no big deal to run the Win7 upgrade on this IBM Thinkcentre P4. After all, the rest seemed so easy.

Well, the upgrade was technically easy, but the big pain came when the graphics card was not acting properly. I have a EVGA GeForce FX 5200 AGP -- under Windows 7, it's supported, but not entirely. The XP drivers I had included an extra section for hooking up to a television, and I got a great picture. Under 7, no such interface, and the display flickered like hell and the text was largely unreadable. That made diagnosing and tweaking the sumbitch an ordeal.

A multi-hour ordeal, as I tried to coordinate driver experiments, checks with video playback, figuring out how to get an old Soundblaster Live!24 card to work with digital output, make the Firefly remote control show up, etc.

After more than a week of hassle, and with our first HDTV on the way, last night I rolled back to XP. Details on that at the end of the post.

Windows 7 on Denny: I give it a D, for a lousy experience overall.

All in all, Windows 7 is pretty. I've yet to take a full tour of all the new features, but I'm liking most of it so far.  Most of my computers are either older or new and low-power, but Windows 7 is playing along nicely.

Now ... about going back to XP. I don't know if I've used up my third Win7 upgrade license by upgrading and rolling back, but I hope not. There's still a chance I may use it on a future computer.

I did some searching online and found instructions for going back to XP after installing 7. The bad English should've tipped me off, but the instructions were slightly wrong. And I ended up shouting at the computer at one point when I rebooted, and Windows XP came up, but there were no users accounts. I fought back to a command prompt in safe mode and used 80s-era geek DOS commands to dig myself out of the freshly-dug hole. Now I have the old XP back, programs and all. Yay!

So for anyone happening upon this post with a wish to downgrade from Windows 7 to XP after an upgrade, here's how.

First, when you installed Windows 7, you better have used the method that backs up your old installation to a "Windows.old" directory. The way I did it on the Stallion wouldn't have worked -- if you format during the install, you're Fd in the A. You need that Windows.old directory.

The rest, courtesy of Microsoft, inventors of the Microsoft Sausage Wizard:


Step 3: Move the Windows 7 folders to a new Win7 folder

If you receive this message, go to the next step in this section, and then type the command in that next step.

If you receive this message, go to the next step in this section, and then type the command in the next step.


Step 5: Restore the boot sector for the previous Windows installation

Type one of the following commands at the command prompt, as appropriate for your situation.

Note In the following commands, D: represents the DVD drive. If the DVD drive on the computer is represented by a different letter, such as E:, use that letter in the command.


Step 6: Restore the Boot.ini file for the previous Windows installation of Windows XP or of Windows 2000

Note Follow these steps only when the previous installation is Windows XP or Windows 2000.


Step 7: Close the Command Prompt window, and then click Restart